Add it to GoodReads
Check out the VIP (Trailer 1)


The beginning- A point in time or space where something starts.

32 year old Sebastian Vanwell, was a very successful yacht broker, who always loved the design and architecture of a luxurious yacht. His only addiction was being on the water. He loved it, he thrived on it, and he needed it in his life. After a very stable, loving child hood with a few bumps, Sebastian married the love of his life. The one person that he knew would always be there. Julia was his rock, and he loved her more than life itself. Sebastian kept his addiction to the water under control, wanting to keep his time with his wife and son his number one obsession, that was until he saw her. This new addiction haunted him, the one compulsion that he couldn’t control no matter how hard he tried.

Ysabelle Telle hit him hard, knocking the wind from his lungs. Coming from worlds apart, beautiful, dark complexion Ysabelle Telle didn’t have the rich, protected background that Sebastian Vanwell had. Ysabelle lived a life of hell, in poverty, growing up with a drug addict mother that never cared, and horrific living conditions. Ysabelle lived for one person and one person only; herself. She was pure perfection, her beauty along with a flawless body had men lined up, driveling over her insuring her success as a VIP.

There are too many words that describe the effects when two diverse worlds like theirs collide. They both have too much to lose to get caught in the forceful pull, which could destroy them both.

Posted by Devon Ashley at 7:00 AM No comments: 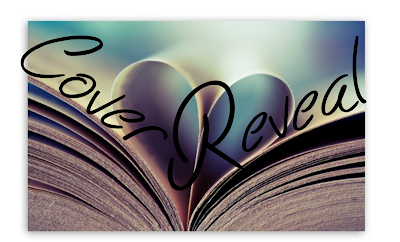 In the real world, when you vanish into thin air for a week, people tend to notice.

After his unexpected journey into the lands of the fey, Ethan Chase just wants to get back to normal. Well, as "normal" as you can be when you see faeries every day of your life. Suddenly the former loner with the bad reputation has someone to try for - his girlfriend, Kenzie. Never mind that he's forbidden to see her again.

But when your name is Ethan Chase and your sister is one of the most powerful faeries in the Nevernever, "normal" simply isn't to be. For Ethan's nephew, Keirran, is missing, and may be on the verge of doing something unthinkable in the name of saving his own love. Something that will fracture the human and faery worlds forever, and give rise to the dangerous fey known as the Forgotten. As Ethan's and Keirran's fates entwine and Keirran slips further into darkness, Ethan's next choice may decide the fate of them all.


Ethan Chase can't seem to keep his feet in the real world. He just got back from the Nevernever and already his conscious to help a family member is guilting him back in. Anwyl, Keiran's summer fey girlfriend is on the verge of fading into nonexistence, which happens to all fey since the mortal realm has become a world of nonbelievers. Anwyl has accepted her fate, but Keiran refuses to lie down, determined to find a cure for her and all the other Forgotten trying to hold on. Unfortunately, he's willing to risk not only his life to save her, but as the journey takes it's toll and his soul begins to corrupt, he's willing to risk a hell of a lot more.
Keiran was a bit frustrating for me in The Iron Traitor. And with a title like that and knowing the prophecy regarding both Ethan and Keiran, you know what's coming, and you're forced to just sit there and watch a guy deteriorate in a way that will cause him to turn his back on his own family, consequences be damned. Sad thing is, Ash even told him there were other ways to go about it, but he still continues on doing his own thing, making more questionable moral risks with each fiasco. But still, his desperation makes you kind of hurt for the guy too.
I can honestly say I enjoyed this installment of the Iron Fey better than the first. The story was more captivating, I actually cared about what happened to the characters, and for once, I didn't want to use Kenzie's face as a punching bag. I won't lie - Megan, Ash and Puck are such compelling characters that they will forever steal the spotlight, but Ethan, Kenzie and Keiran are becoming respectable runner-ups.

ARC provided by Harlequin Teen for an honest review.

Posted by Devon Ashley at 11:40 AM No comments: