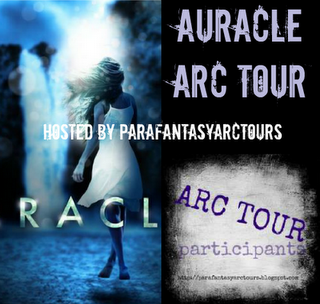 16 year old Anna Rogan has a secret she's only shared with her best friend, Rei; she can astrally project out of her body, allowing her spirit to explore the world and the far reaches of the universe.

When there's a fatal accident and her classmate Taylor takes over Anna's body, what was an exhilarating distraction from her repressive home life threatens to become a permanent state. Faced with a future trapped in another dimension, Anna turns to Rei for help. Now the two of them must find a way to get Anna back into her body and stop Taylor from accusing an innocent friend of murder. Together Anna and Rei form a plan but it doesn't take into account the deeper feelings that are beginning to grow between them.

Talk about a bad case of the body snatchers!

Taylor can be quite the slut, and she doesn't understand that no means no. So when she steals Seth's phone and leaves him a message that he can meet her at the falls to retrieve it, he gets pretty ticked off. When he refuses to let Anna or Rei tag along, Anna decides to astral project, just to keep an eye on the situation. But Taylor in her stupid high heels trips and falls off the edge. And though Seth tries to save her, he couldn't get a firm grip on her. The poor guy freaks out and runs for it, cause his DNA is under her fingernails and her shirt was ripped wide open during the struggle. Anna stays behind to check up on Taylor, and when she makes it back to her body, it isn't there! Not only has a snobby, privilaged skank taken over Anna's body, she's incredibly ticked off that Seth rejected her, and claims to be an eye witness that he murdered Taylor.

Taylor knows Anna is circling, but she's got the upper hand being the one in the body. And since she's determined to make the new husk permanent, she's taken the liberty to pierce it nine times, get a horrible tattoo of Taylor's face on her arm, transition Anna's natural hair and makeup to over-the-top awful, fill her body with tons of liquor, and give her a whole new flashy wardrobe. And if that wasn't bad enough, the skank has no scruples over stealing Anna's first kiss and attempting to throw away her virginity.
The only one that knows about Anna's astral projection is her best friend Rei, who by some miracle, is able to see Anna outside her corporeal form; first in dreams, then reality as Anna learns to adapt to her new dimension. Together they try to keep Taylor's behavior in check and prove her accusations false, all while desperately searching for a way to exorcise the skank out of Anna's body.
Auracle was actually a really intriguing read. Something different, you know? And I trully hated Taylor with a capitol H-A-T-E. I feel no remorse that this girl died. Sometimes karma just gets it right, cause she is a true terror to others. You really feel for Anna in this novel. And because she's usually invisible, she's a little more privied to private conversations, so she learns a few things about others she didn't know. And when Taylor begins moving in on Rei, a hint of jealosy makes her realize he's become more than just a friend through the years.

Great read peeps. Pick it up.

ARC provided by P A R A F A N T A S Y tours for honest review.