Interview and Giveaway with Augusta Blythe, Author of Winterborne and Ravenstoke

Today I have with me the adorable Augusta Blythe. Indie writer. Lover of clown fish and sea urchins. Addicted to Dr. Pepper and Lindt's dark chocolate and sea salt. And she prefers Underworld to Twilight [*cough* -  me too! If Selene and Edward were to scrap, my money's totally on Selene. :) ]

Let's take a few minutes to get to know this sweet chic. 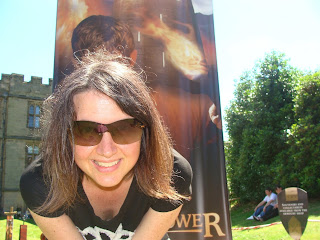 Tell us your favorite author. Which book is your total fave from that author? Margaret Atwood is my modern favorite. I own Blind Assassin in hardcover and paperback. I may get one for my Kindle just to have my bases covered. Jane Austen is my dead favorite. Sense & Sensibility is actually my favorite of hers, even though it isn't her most popular book. I need a little disappointment in my stories and Willoughbey provides that.


Any pet peeves you'd be willing to share? You don't want to go there. I am the queen of 'if I ruled the world' statements...


If you could meet any dead person, who would you choose? Any particular reason why? Charles Darwin, but not as a zombie. He had a brilliant mind and I'd love to get his thoughts on evolution based on current data.


If the Earth suddenly became uninhabital, would you rather live under the sea or in space? Either way I lose out on oxygen so I'd go with under the sea.


When you were little, what did you think you'd be when you grew up? A writer, go figure. I used to fold over packets of paper and design my own covers, write out the table of contents and do chapters. Not much different from what I'm doing now.

If you could live anywhere in the world you'd like, where would that be and why? New Zealand. It's absolutely gorgeous there and the people are so nice. If only it weren't so far from my family, I'd be there. England is far enough.


Do you have a secret obsession you'd be willing to share? <wink, wink> The Kardashians. I love 'em. I want them to adopt me. I don't care what anyone says about them (and if you check out Yahoo comments on occasion like I do, you will see the stream of venom directed toward them). I am fully aware of the reasons I should find them distasteful, but for some reason, I don't.


What food/drink would absolutely devastate you if they stopped production on? Dr. Pepper and Arby's cheddar and roast beef sandwich. I have them once a year, in the summer when I visit the US. That's pretty much the only time I drink soda and eat unhealthily so I really look forward to it.


Which is your favorite fairytale? I prefer myths to fairytales, but I guess I would go with the Hans Christian Andersen version of The Little Mermaid. The one with the deeply unhappy ending. Like I said, I like a bit of disappointment in my stories. Although I admit, when I read this version to my 4-year-old daughter, I skip over the ending. One day I'll stop doing that.


Underworld or Twilight. Probably a deeply unpopular response, but Underworld. It's so dark and Kate Beckinsale kicks serious lycan butt.
Original or Remake. Original, always.
Sweet or Salty. Both. My current fave is Lindt's dark chocolate with sea salt.
Drama or Comedy. Any good story has both.
Fantasy or Romance. Fantasy.
Spring or Autumn. Autumn.
Michael Jackson or Whitney Houston. Yikes. So soon? Whitney is from NJ so I've gotta go with her.
Walter Mathau or Jack Lemmon. Matthau.
Dirty Dancing or Footloose. Dirty Dancing. Always preferred Patrick Swayze to Kevin Bacon.
American Idol or X-Factor or The Voice. Idol. It was the first.
Movie Theatre or Loveseat. Theatre as long as no one's cell phone rings.
Tea or Coffee. Tea.
Rain or Sunshine. I live in England. Clearly, it's sunshine all the way.
Skiing or Surfing. Surfing. I don't do cold weather outdoor activities.
Treehouse or Man Cave. Treehouse


Refresh if you don't see books.

Now on to the giveaway! What's up for grabs? Copies of Winterborne and Ravenstoke. I've already read and reviewed both and they were super dreamy. [Winterborne and Ravenstoke]. Just fill in the rafflecopter below. If the rafflecopter acts up on you and doesn't offer the line to put in any required information, just put it in a comment below with your entry name (email not necessary) 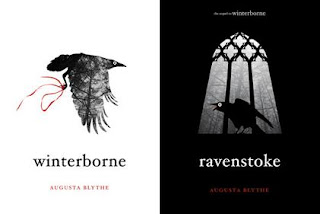 Fantastic contest! Thank you so much for the invite the interview was fabulous!