2014 is finally coming to a close. I had a busy year, but I did manage to release 4 books this year. What were they? These little babies:

Sure, I meant to release 5, but you know what? Sometimes life throws you a curveball. A few of them. Then slaps you silly with multiple whammies.

One major problem was laptop issues and having to wipe my baby twice, then threatened to rear its ugly head for a third go. Ever had to wait ten minutes for your computer just to turn on?

Sadly, my car also went kaput. I know, I know. Being stuck at home should've actually increased my novel output, but it happened late enough in the year that I'm still having to deal with that lovely lack of transportation.

Sadly, not all writers are rich... Okay, most of us are pretty freakin' poor, so I've gotta wait until I begin my next job to afford a new one.

I also had a change in relationship status. You know how that story goes...

So I spent the better part of the last few months preparing for a move and looking for a full-time job. Needless to say, I've fallen behind a bit with my writing, so I wasn't able to get that fifth novel completed by Christmas. For those of you who have been emailing and PMing me to ask when certain stories are coming out, I promise I haven't been ignoring you. I've just been really busy. And since I know I'm going to be working this upcoming year, I'm going in with less expectations for what I can put out. So what do I hope to release in 2015? These little babies: 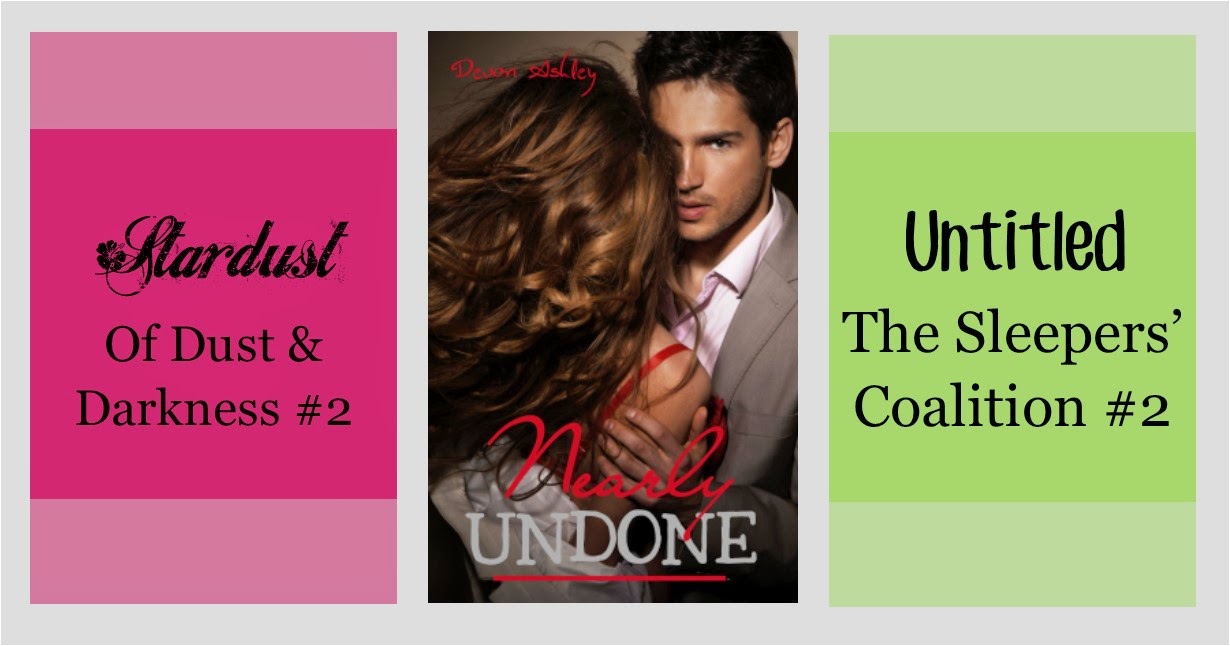 Stardust fans...I know, I know, I KNOW! It's been two years since Dust released. I swear I'm currently working on this. My cover designer would probably like to kill me with my defunct laptop even more than you, because this project keeps getting kicked back. Right now I hope to have this out sometime this upcoming Spring. From there I'll began working on Nearly Undone (Nearly #3) and then the second Sleepers' Coalition novel. Don't hold your breath, but if I manage to complete all that before the year is out, I might add one more.

On the bright side, I've now got my eye on a new vehicle, a full-time job waiting on my testing before I can get the green light to officially begin work, and I've got a new laptop. It's definitely more sensitive in the touch-mouse department, but for the most part, I'm getting better at using it. Just don't ask me to highlight anything for copying purposes...cause that so sucks right now. There's gotta be a trick to make it work with better odds than 1 in 5, but I'm too busy to figure it out just yet.
So here's hoping the new year will a bring a better one than last year. For me and for you! Happy New Year!

Hope everything goes great for you in 2015, can't wait for more releases :-)
Kirsty xx