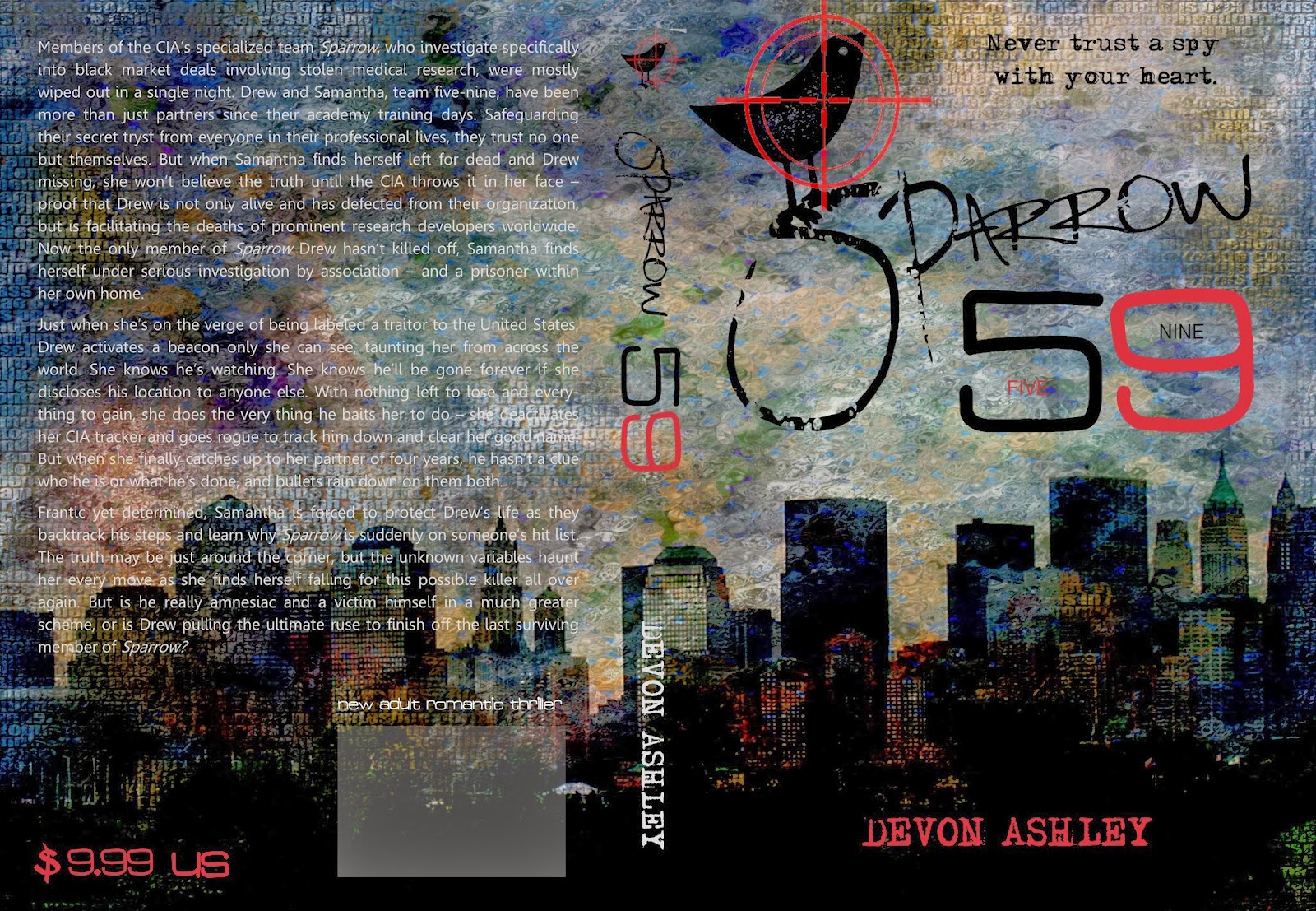 Members of the CIA’s specialized team Sparrow, who investigate specifically into black market deals involving stolen medical research, were mostly wiped out in a single night. Drew and Samantha, team five-nine, have been more than just partners since their academy training days. Safeguarding their secret tryst from everyone in their professional lives, they trust no one but themselves. But when Samantha finds herself left for dead and Drew missing, she won’t believe the truth until the CIA throws it in her face – proof that Drew is not only alive and has defected from their organization, but is facilitating the deaths of prominent research developers worldwide. Now the only member of Sparrow Drew hasn’t killed off, Samantha finds herself under serious investigation by association – and a prisoner within her own home.

Just when she’s on the verge of being labeled a traitor to the United States, Drew activates a beacon only she can see, taunting her from across the world. She knows he’s watching. She knows he’ll be gone forever if she discloses his location to anyone else. With nothing left to lose and everything to gain, she does the very thing he baits her to do – she deactivates her CIA tracker and goes rogue to track him down and clear her good name. But when she finally catches up to her partner of four years, he hasn’t a clue who he is or what he’s done, and bullets rain down on them both.

Frantic yet determined, Samantha is forced to protect Drew’s life as they backtrack his steps and learn why Sparrow is suddenly on someone's hit list. The truth may be just around the corner, but the unknown variables haunt her every move as she finds herself falling for this possible killer all over again. But is he really amnesiac and a victim himself in a much greater scheme, or is Drew pulling the ultimate ruse to finish off the last surviving member of Sparrow?