Howdy all! The first blog tour for Nearly Broken will end tomorrow and the second begins later this month. I'm actually really excited over how well it's done so far. I woke up one morning to find it #13 on Amazon's Literature and Fiction list. Of course I didn't manage to snag a screen shot of that, but it was nice seeing my little Indie book surrounded by a ton of popular books backed by publishing companies (ie. all three Hunger Games books, both Divergent books, The Perks of Being a Wallflower, Life of Pi, all three Matched books, Looking for Alaska, the Legend novels, etc.). I couldn't have done it without you guys, so thank you! If you haven't checked it out yet, please do. :) 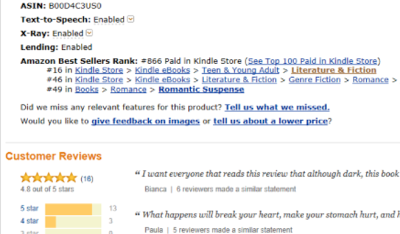 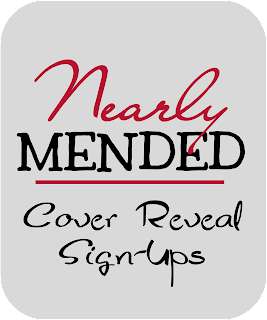 Moving on... Do you wanna participate in the cover reveal of Nearly Mended? It's happening pretty soon. And let me tell you, the guy looks pretty freakin' delish on it! <fans self>

The only requirement I'm asking is that your blog is age appropriate. Sign-up below!

I'm also excited to announce that Nearly #2 will offer a second point of view from Nick! I was already determined to do this and I know a lot of readers have said they really wanted to get inside of his head too, and now that his secret is out in the open, I plan to give it to you! Also, the timeline for Nearly Mended is going to change. Originally, I planned to start Stardust (Of Dust and Darkness #2) next, but since it's fresh on my mind, I'm going to write Nearly Mended, then work on the second and third books in the Of Dust and Darkness trilogy. So my new estimated release date for Nearly Mended will be Winter 2013 instead of 2014. The first took me six weeks to write, so I'm hoping eight will be enough to cover the second - the dual POV will slow me down a bit. My goal is to have it done long before the holidays can slow me down.
Have you entered to win the giveaway for a signed copy of Nearly Broken right here at the Crazy Dream blog? You have just a few more days to enter!
﻿

Wait…what is his secret?