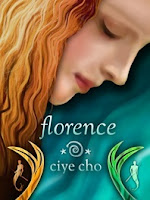 Seventeen-year-old Florence Waverley is out of her depth. Literally. Kidnapped and taken below the waves to the mer world of Niemela, she is the ultimate gift for merman Prince Kiren: a human familiar tied to his side. But nothing is what it seems amid the beauty and danger of a dark ocean.

Every Niemelan has a role to play, from the mermaids who weave towers out of kelp to the warriors who fight sea monsters. But in trying to survive, Florence will end up in the middle of a war between the mer and the Darkness. A conflict that will push her between two brothers: Kiren, the charmer inexplicably drawn to both her and the monsters; and Rolan, the loner who has been pushing her away since the day they met. But in order to take a stand--and find out where she belongs--Florence will have to risk it all: her life, her heart... and her very soul.


Florence Waverley was merely minding her own business when she was forced underwater and dragged to her death...or so she thought. When she awakes, she discovers herself living amongst fictional characters with a polyp attached to her back that somehow allows her to breathe underwater. Meant to be a familiar for Kiren, the upcoming king, her presence is unwanted by practically everyone, and she's immediately threatened with death by the current king. If for not the young princess' offer to keep her out of trouble and prove her place in the new world, she'd easily have been drowned.

But Florence doesn't know how to fit into this dark world, and she doesn't really want to. She longs to return home, but she soon realizes she has nothing to return to. Not really... So Florence slowly begins to accept her new fate, trying to hide and ignore the awful glares of the mer people, who detest all humans and the negative impact they cause to the earth. But it seems she can't stay hidden, and every little thing she does seems to attract more and more unwanted attention - except for Kiren, whose attention she's more than happen to lure. But when Florence discovers the real reason she was brought to this underwater neverland, losing her life is the least of her worries, cause it might just cost her very soul.

I was a little surprised by the abrupt ending, cause I thought it would go a little further than it did. Right now this looks like a stand-alone, and if it is, I would have liked a little more closure than what I got. I also would have liked better explanation for how the polyp attached to Florence's back allowed her to breathe underwater. She justs accepts that it works and doesn't question it in anyway, but I have a scientific mind, so I love to know how things work. And I'm also left wondering how Florence developed mermaid-like power. Was this because of the polyp too? Cause you can pull a fish out of water, but you can't make it walk. So when, after only one day, Florence was suddenly able to control the creatures living in that world by only thinking what she wanted them to do, I was left wondering how the heck she pulled that off. My only guess is that the polyp was tapped into her mind and relayed her wishes to the creatures for her, but my hunch was never confirmed. All in all, Cho's  underwater world was very detailed and easy to picture, and the story easy to follow along with. Mermaid lovers will definitely want to check this one out.