The Nearly Trilogy is coming to a close. Bummer, really. Though incredibly difficult to write at times, this series has been a blessing. It’s brought me a slew of new readers, and judging by all the reviews, I’ve come really far as a writer – one who can engage readers on such an emotional level that they feel everything as if they were right there themselves. Which given the subject matter can be quite disturbing! And I hope I continue growing and churning out stories you love, because I want to keep writing for a very long time!

But right now, it’s time for another cover reveal. If you haven’t caught it yet, the covers for the Nearly books have shown you different couples.
and now…
Also, the second POV for Nearly Undone will go to Thea this time, so you'll get an idea of what life is like for a slave who's caught the special attention of Friggs, who's already bitter for losing out on Megan. (shivers...) If you thought Nearly Broken was an uncomfortable read, don’t read Nearly Mended! And for the love of puppies everywhere, if you couldn’t stomach Nearly Mended because you thought those scenes were atrocious, do not read Nearly Undone, ‘cause things are about to get way more sinister in the finale. 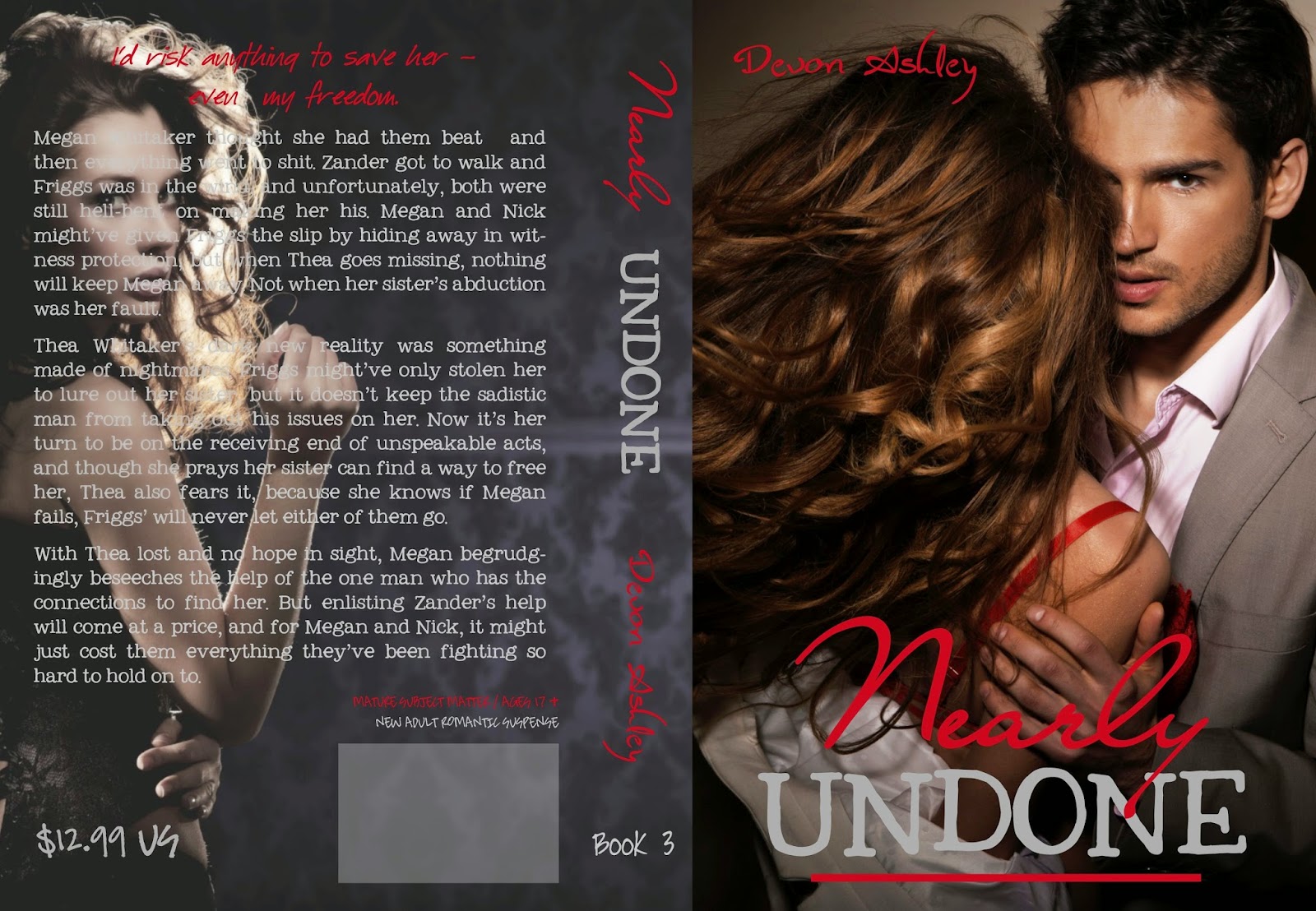 Click for full size.
I'd risk anything to save her – even my freedom.
Megan Whitaker thought she had them beat – and then everything went to shit. Zander got to walk and Friggs was in the wind, and unfortunately, both were still hell-bent on making her his. Megan and Nick might’ve given Friggs the slip by hiding away in witness protection, but when Thea goes missing, nothing will keep Megan away. Not when her sister’s abduction was her fault.

Thea Whitaker’s dark new reality was something made of nightmares. Friggs might’ve only stolen her to lure out her sister, but it doesn’t keep the sadistic man from taking out his issues on her. Now it’s her turn to be on the receiving end of unspeakable acts, and though she prays her sister can find a way to free her, Thea also fears it, because she knows if Megan fails, Friggs’ will never let either of them go.
With Thea lost and no hope in sight, Megan begrudgingly beseeches the help of the one man who has the connections to find her. But enlisting Zander’s help will come at a price, and for Megan and Nick, it might just cost them everything they’ve been fighting so hard to hold on to. 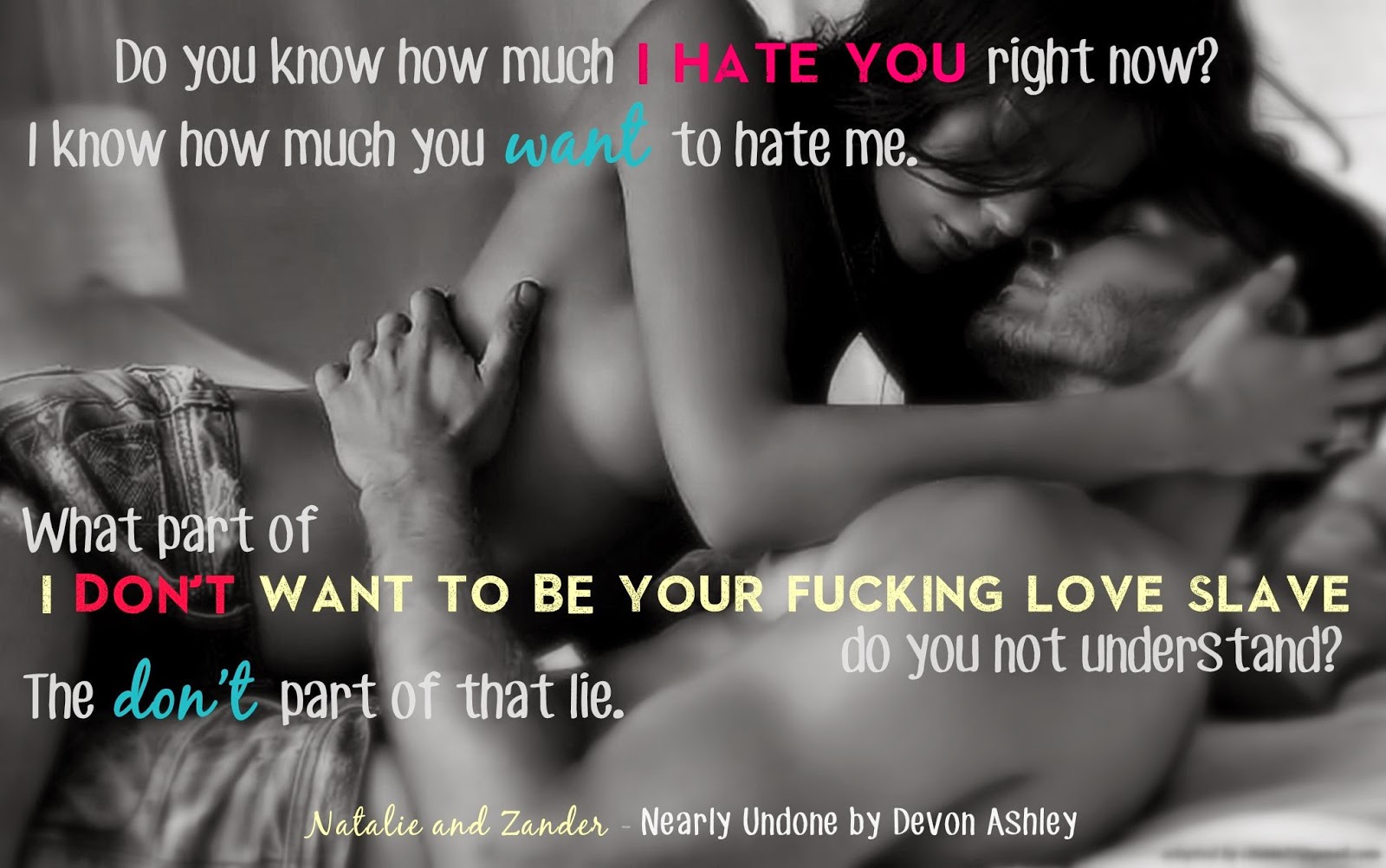 Add to GoodReads.﻿
Posted by Devon Ashley at 8:00 AM