I know I debuted the cover for Nearly Mended last summer, but I've seen several covers come up the past few months with the exact same cover, and unfortunately, there's not a whole lot that can be done to make it different. This happens a lot now that authors are hitting up the stock photos to make their own covers. The same thing has happened with my Nearly Broken cover, but that cover's been out for a year now, so I'm not going to worry about changing it any time soon, even though I've spotted at least four other books using it now. Water off a duck's back. But since Nearly Mended is six weeks shy of publishing, what better time than to change it out now? So lo and behold, here's the new cover. I haven't seen this photo used yet but I'm sure someone will dig one out of the woodworks for me. :) And in case you missed the memo last week on my facebook page, the description has changed slightly, so be sure to check that out too! 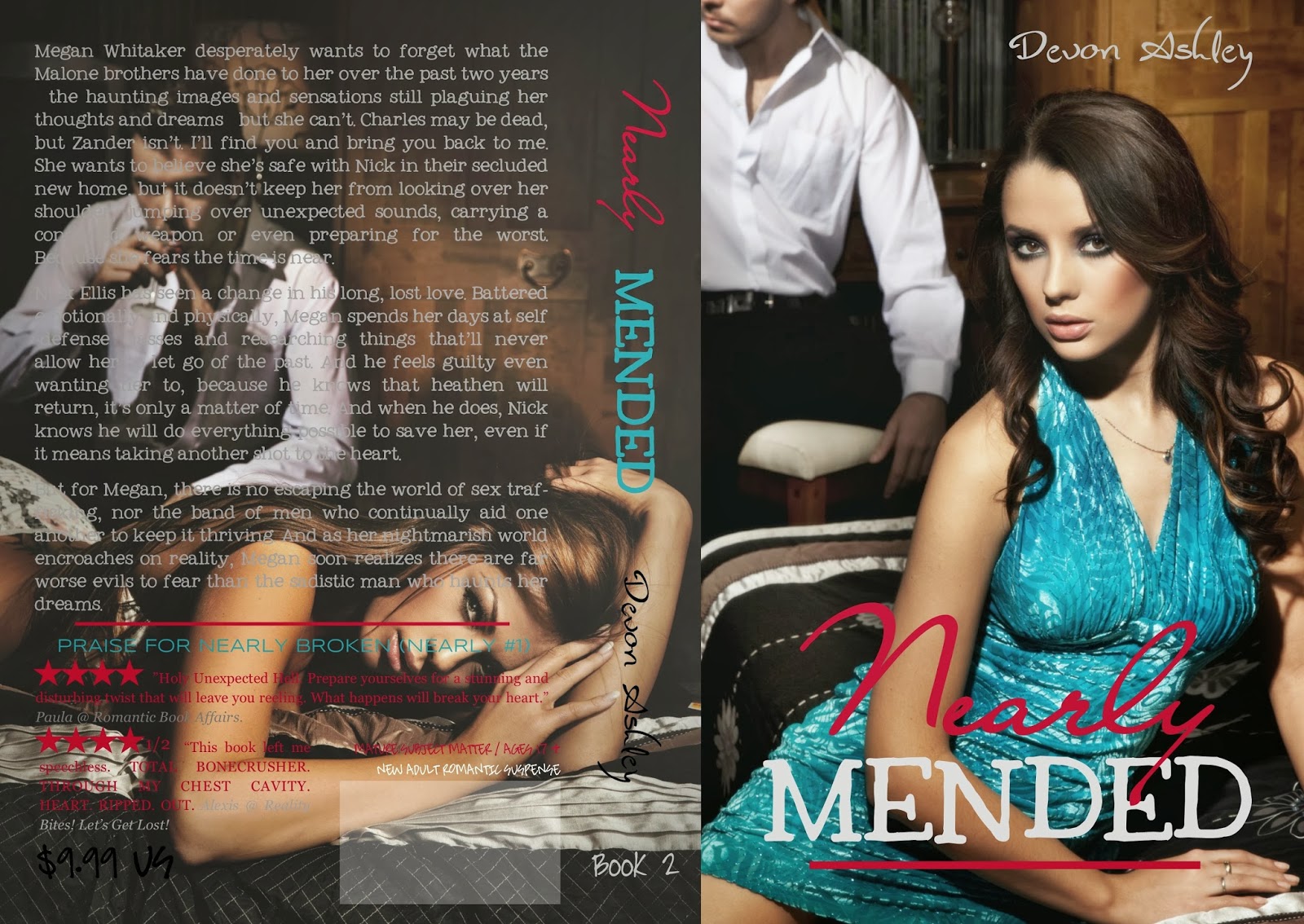 
Megan Whitaker desperately wants to forget what the Malone brothers have done to her over the past two years – the haunting images and sensations still plaguing her thoughts and dreams – but she can’t. Charles may be dead, but Zander isn’t. I’ll find you and bring you back to me. She wants to believe she’s safe with Nick in their secluded new home, but it doesn’t keep her from looking over her shoulder, jumping over unexpected sounds, carrying a concealed weapon or even preparing for the worst. Because she fears the time is near.

Nick Ellis has seen a change in his long, lost love. Battered emotionally and physically, Megan spends her days at self-defense classes and researching things that’ll never allow her to let go of the past. And he feels guilty even wanting her to, because he knows that heathen will return, it’s only a matter of time. And when he does, Nick knows he will do everything possible to save her, even if it means taking another shot to the heart.

But for Megan, there is no escaping the world of sex trafficking, nor the band of men who continually aid one another to keep it thriving. And as her nightmarish world encroaches on reality, Megan soon realizes there are far worse evils to fear than the sadistic man who haunts her dreams.

Ohhhh, I love covers with Iwona. As always she's the perfect choice. She'll be happy to see her photo on your cover, Devon ;)

I LOVE that new cover, Devon!